Strange name, yes, to us.  “Clout” is the name of the mark shot at a great distance away; It comes from the English language.  The sport began in the 1600’s; prior to that it was simply practiced as an art of warfare, in all cultures that used bows.  During The Hundred Years War, the outcome of battles at Crecy, Poitiers and Agincourt would certainly have been different without the massed firepower of these ancient archers.  180 – 240 yards is the customary distance, however 300+ yards is the effective range of a bow with 200# draw. “Clout” was forcibly practiced in defense of kingdoms, so a rain of arrows could be precisely dropped when need be.  Flaming arrows (with pitch) were used to both attack and defend a castle.

At Camp Augusta, we learn the precise skill of shooting a target so far away, that you must aim up and use an arc to hit it.  A very rare form of archery, yet a challenging and satisfying one!  Archers start by aiming at a single clout, and then progress up to many, random clouts.  When ancient archers learned Clout, they also had to learn how to transition to advancing targets as armies moved.  We also teach that skill here, using foam tipped arrows.  Archers must be 7+ and have taken regular archery at Augusta before trying this sport. 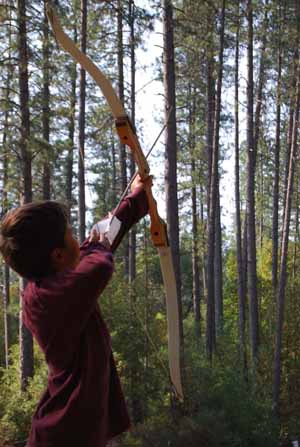 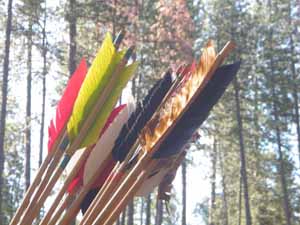 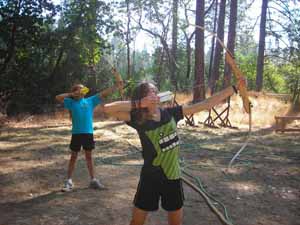 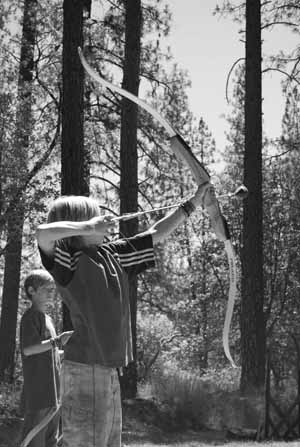 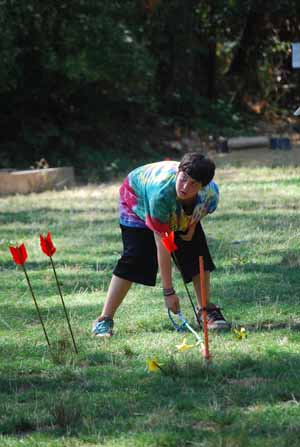 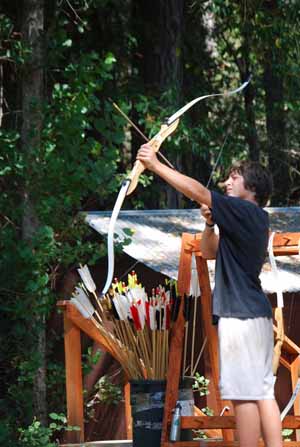