Who is this Hunter guy? 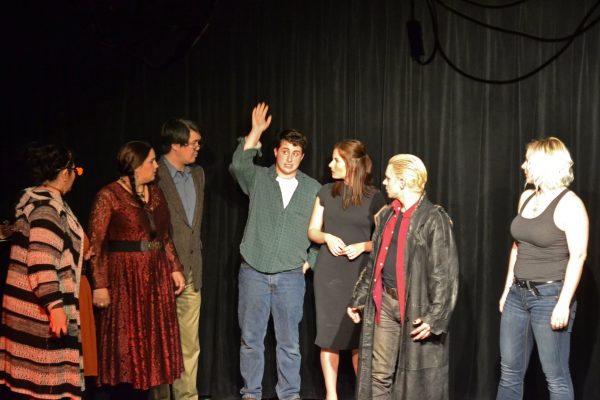 That would be me. Heeey! My name is Hunter! I hail from the far-off town of Sacramento, CA and when you meet me in person I’ll be 24, and no longer a Pine counselor, but an MFG! I’m super excited to put on EP’s, do Playstation every day, and DM a lot of Dungeon and Dragons based story experiences. I do a lot of things, but mostly I play with fabric. In my non-camp life, I’m a costume stitcher (that’s the gender-neutral term for a seamstress) and I work in a fabric store. Every day, I’m either at a sewing machine making costumes for a local theater company or I’m at the cutting counter helping people find the right fabric for their projects. Either way, my whole day revolves around fabric, which got me thinking about how it would be to use my skills to make my own clothes for a whole year, so that’s what I’m doing! If you see me in a really cool shirt, chances are I made it! 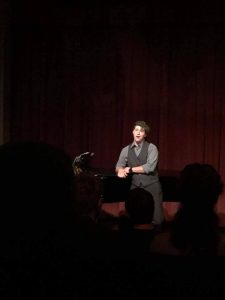 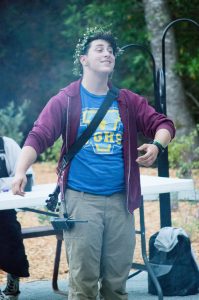 When I’m not sewing, I’m usually getting ready for some performance or another. In fact, that haunted camp I used to work at was a theater camp where the campers staged such modern classics as all-girl productions of The Hobbit and “The Musical Odyssey” which was just The Odyssey set to the tune of Mumford and Sons. I also spent the last 3 years in my college’s voice program, the last 3 semesters of which were as a tutor to beginning voice students. During that time, I really enjoyed the process of cultivating my voice and helping other students through that process as well. I love to sing musical theater mostly and will break into Fiddler on the Roof or Sunday in the Park with George at the drop of a hat. (No, seriously, if you drop a hat, I will sing. Don’t try me.) Now, as with all this talk about performing and costumes, you’d think I would be either a theater major or a music major, but I’m not all glitter and stage lights. No, Theater is a life-long love of mine, and right now it’s what pays the bills (See? Don’t ever let anyone tell you it doesn’t!), but my real course of study is being a double major in History and Field Ecology. Why History and Field Ecology you ask? Aren’t those, like, mega different? Not really, especially when what I like the most about both of them is the medium they provide to explore the world around me. Every person, insect, bird, nation, idea, or anything else we have around us has an interesting story behind it, which always leads to the story behind that, and behind that, and behind that until you just end up at the Big Bang again. Studying history and nature can be infuriating at times since you’re looking at entire timelines of injustices, but even more than it is frustrating, it’s inspiring and through it, one can learn tolerance and acceptance, and even be excited and hopeful for the future. My dream is to one day be a history teacher, but before I resign to classroom life, I want to teach at an outdoor school for a few years. Either that or open up an underground punk pizzeria with super cheap vegetarian pizzas. 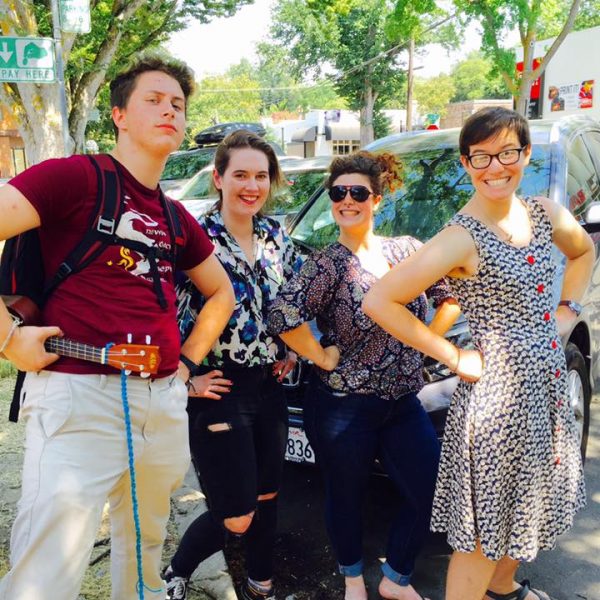 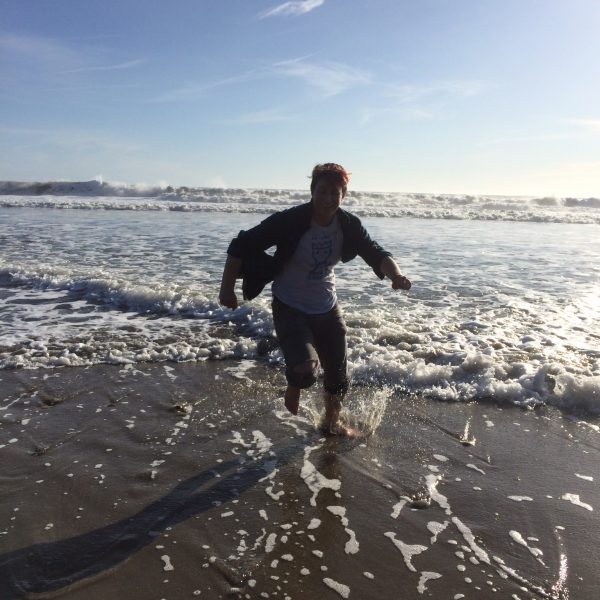 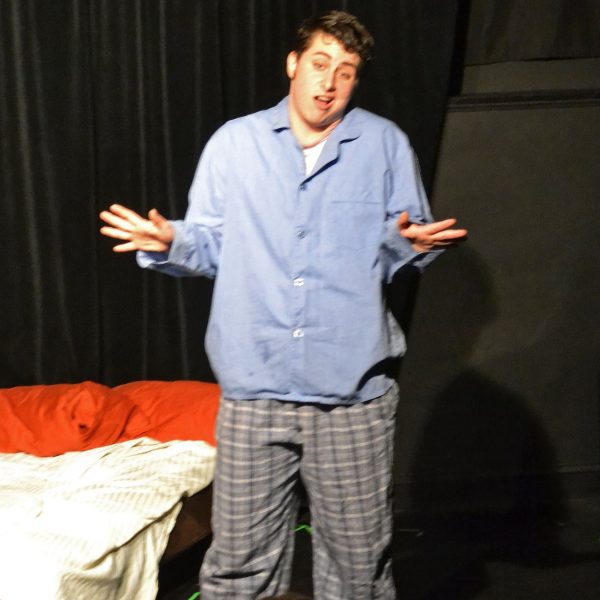 So why am I here? …Wow… That got existential for a minute. Anyway, I work at camps every summer because I love it. Ever since I was a kid I wanted to be a camp counselor, and loved going to camp every summer and having a place to be totally in tune with myself and the world around me, and above all to play and to have fun, and now I love to create that space for other kids, the way my camp counselors did for me. Before graduating high school, I was worried that my camping days were about to end as I had aged out of the program I grew up in, but luckily the teacher who mentored me on my senior project worked for a Girl Scout camp out by San Rafael and helped me get a job there. I spent three summers there as a counselor, one as an art specialist, and my last summer as a high ropes specialist. (If you had told me in my first year that I’d even touch the ropes course, I’d have been shocked. I’m terrified of heights!) I’d found a wild, wacky home full of gnomes, deer, turkeys, and chickens where I could teach girls about the community building power of theater and the confidence building power of science. With the Girl Scouts, I got to write and choreograph shows, learn to play the ukulele, lash together an entire couch swing, and go on many adventurous creek hikes, and now I’m excited to see what adventures Augusta has in store. 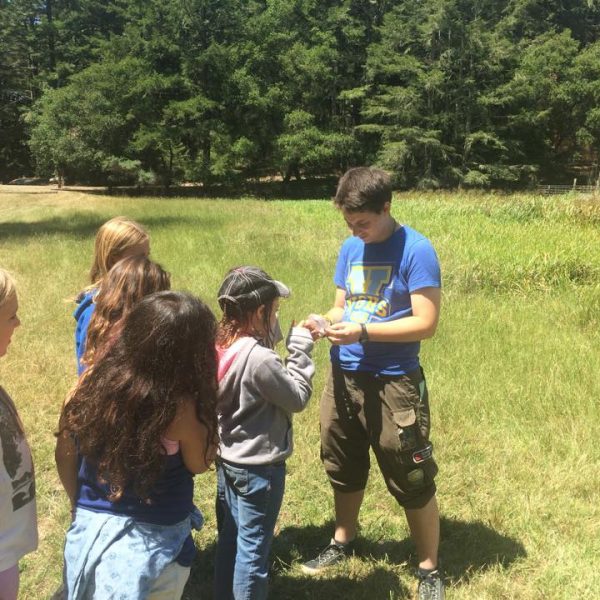 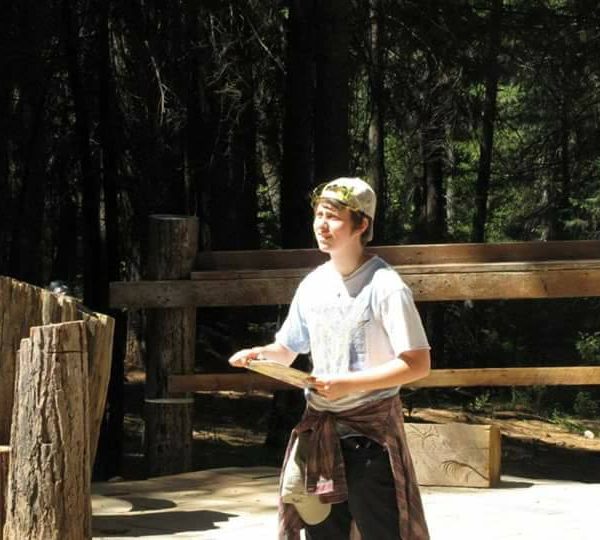 No bio is complete without some rapid-fire fun facts: 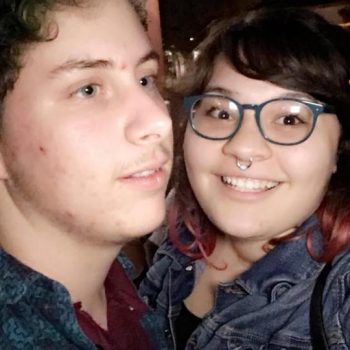 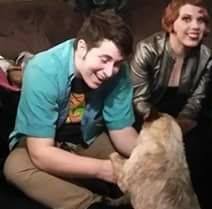 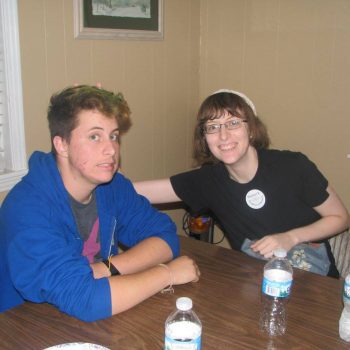 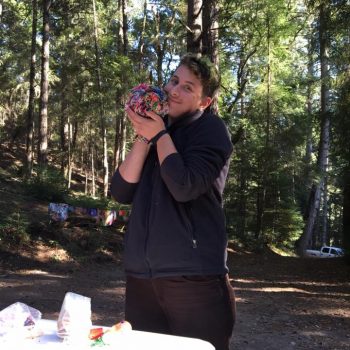 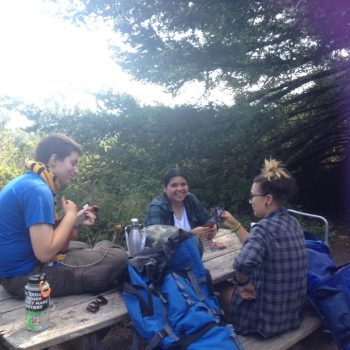